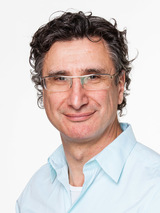 Throughout his career, Nikos has provided strategic consultancies for government agencies on issues relating to cultural identity and has worked in collaborative projects with artists and theorists of international repute such as John Berger, Jimmie Durham and Sonya Boyce. His long involvement with the ground-breaking international journal Third Text, as both co-editor and author, was a formative experience in the development of an interdisciplinary and cross-cultural research model, which continues to inform his research practice.
His publications include Modernity as Exile (1993), Dialogues in the Diaspora (1998), The Turbulence of Migration (2000), Metaphor and Tension (2004) Spatial Aesthetics: Art Place and the Everyday (2006), Cosmopolitanism and Culture (2012). He is also the author of numerous essays, which have been translated into over a dozen languages and appeared in major catalogues such as the Biennales of Sydney, Liverpool, Istanbul, Gwangju, Taipei, Lyon, Thessaloniki and Documenta 13.

As a recognised expert in his field Nikos has been approached to collaborate with over a dozen national and international peak industry bodies in the arts, including the Australia Council for the Arts, Australian Centre for the Moving Image, and the Artspace in Sydney, as well as international partners including, Art Council of England, Arts Council of North West England, the Van Abbe Museum in Holland, Institute for Network Cultures in Amsterdam, Art Center Nabi in Seoul, Insa Artspace Seoul, and Foundation of Art and Creative Technology in Liverpool, and most recently the consortium of six of the major European musuems known as L’Internationale. He has also served as Chair of the Centre for Contemporary Art (CCA) Singapore’s International Advisory Board, leading and providing strategic counsel to the Centre. Nikos has authored reports commissioned by the Australia Council for the Arts, Arts Council of England, and was co-author of a major report commissioned by the Office of Multicultural Affairs, Department of the Prime Minister and Cabinet.

In the past 5 years Nikos has delivered 20 international keynote lectures and over 50 public lectures. In the past 10 years, Nikos has been the convenor or co-convenor of over 15 conferences and symposia. He also furthered academic-industry-arts partnerships with the Australia Council and the Australian Centre for the Moving Image for the Empires Ruins + Networks conference and with Fed Square P/L for the Urban Screens 08: Mobile Publics conference held in 2008. In partnership with the Melbourne Art Fair in 2014 he curated the 2016 Lectures and Forums series, “Going Public” with over 20 national and international speakers from creative practice, academia and design industries.